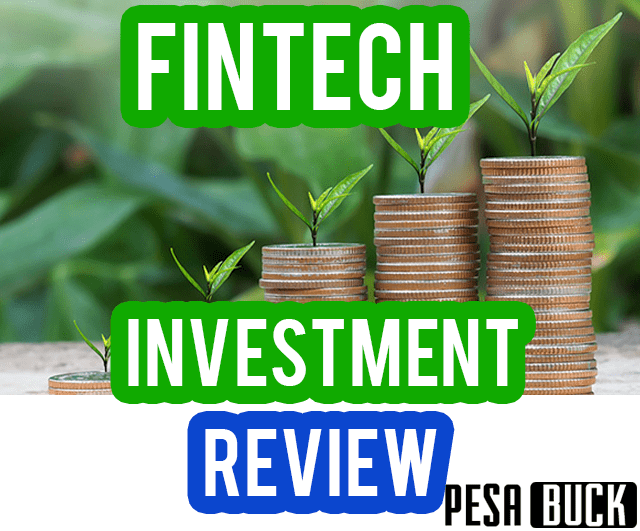 Fintech Investments comes up as a different platform that allows many people to now earn without having to completely rely on referrals or affiliate marketing as has been the case before. According to Fintech Investments, on specific times of the day, you can invest not more than KSH 2000 and not less that KSH 500 that pays out with an interest of 30% of the investment amount.

What is Fintech Investments?

Besides having only one affiliate referral option, Fintech has comes out as a platform mainly focusing on investment plans with a payout of 30% as a profit on top of the invested amount which is only open during the specified investment time frame that is 10am, 1pm, 4pm and 7pm. During this period, clients are able to invest and await four (4) days until payout of their invested amount with its interest. This feature has been previously existing on several other platforms like SaccoSmart and HelaEmpire. Under this review, Fintech comes up as a new platform with no associated previous platforms or an associated developers name that is essential for platforms like these which majorly involves direct depositing of your money. It’s advisable to get feedback from the comment section since its usually weeks later that a clear direction of new platforms is brought out.

After free registration on their website, in order to access the affiliate and investments feature on the platform, you are required to pay KSH 350 that gives new members access to their dashboards. With the money paid upon registration, part of the fee goes to Fintech and, if you were invited via a referral link, then KSH 250 is paid to the client that invited you into the platform and the rest goes to Fintech. This also means that you can make a profit from referrals/affiliate marketing as well, but only up to a single level (A maximum of KSH 250 per person).

Aside from earning from direct (single level) referral program of KSH 250 per person and 30% interest under the investment program, you can also earn when your level 1 downlines invest for the 30% investment plans.

Having referrals also gives you an earning opportunity in the case that your downlines also participate in the investment program. For every downline, you’re paid a total of 3% for every amount they have invested into the program. For instance, When your downline (your downline is a member that has joined the platform under your link and appears in your level 1 category). When your downline pays for the investment sessions, you as their inviter gets to earn a total of 3% of the total money they have invested into the sessions. Eg. When they invest KSH 2000 you are awarded a bonus of KSH 60. A total of 10 members investing for the same amount would earn you KSH 600.

For every open session, you can only invest a for a minimum of KSH 500 and a maximum of KSH 2000 per session. This way, we have a recurrent time period for investments for four times a day. The invested moneys have a queue system that creates a payout list which accumulates portions of the invested amount from the users in the queue to eventually pay out users in the top of the queue. Have a look at this video that explains how systems of the similar structure work.

With a promise of automated withdrawals, members are required to have a minimum of KSH 250 in their account, plus an additional withdrawal fee (usually KSH 40) so that they can initiate a withdrawal payout. Any withdrawals initiated will be sent to the submitted phone number upon registration. With several members already registered into the platform, if you’ve initiated a withdrawal and you have received your payout, kindly let us know in the comments below. We’ll be happy to have a vast feedback on the same.

Who owns Fintech Investments? Is it legit? Is my money safe?

More commonly, we have had occasions where new platforms surface with the same promise of making a profit of your invested money over a period of time, then go ahead and run fine for a couple of days before going missing unannounced, and of course with clients money. Surely, we wouldn’t want that to happen. Since the release of Fintech is quite unclear on its creators and no mentioned previous platforms, it can be really worrying to put your money into the platform with no previous reputation of trust and efficiency. So unless you have the margin to take the risk, I’d suggest you keep your limits on check or completely stay off new platforms until they can be stated as trustworthy. With all reviews made on our pages, we make sure to state the creators of the platform in topic together with their previous platforms which have had on open trend over time and majorly, they have had returning clients over time because they have proven to deliver. As of Fintech, we can’t quite approve the platform for now, so unless you want to make the risk, and take the step, this would be on you in case thongs don’t quite work out.

We constantly keep track and an update of the platforms’ status over time including Fintech Investments. The comment section is always open for feedback and remains unaltered.